The Reality of Atlantis, part 2

So, in the original story of the island kingdom of Atlantis (which was recounted in 500 C. E. by Plato’s uncle Solon), the five sets of twin sons of the god Poseidon intermarried with mortals, forgot their godly powers, and started acting like foolish, selfish humans. In anger and extreme disappointment, Zeus (the god over all Greek gods) destroyed Atlantis and wiped all traces of the island and its civilization from our world. 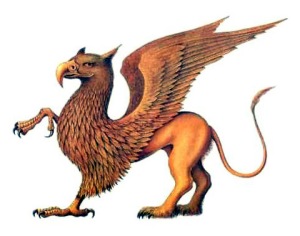 Spoiler: Atlantis was not a physical island in the actual world. I don’t say that it’s not a real place, because as the existence of thousands of books, stories, myths, poems, plays, ships, games, and movies about Atlantis has shown us, Atlantis has maintained a powerful hold on human imagination for centuries. It still does today. Atlantis is therefore not unreal. Atlantis is real in its own way; it has a reality that is mythical in nature.

Some people have the idea that myth = false. In their minds, a myth is not true, so therefore, we can ignore it. But that idea displays a stunning lack of imagination.

One of my favorite mythologists, Michael Meade, has said that enduring myths (such as creation myths and morality tales) are actually more true about human nature than regular stories are, because they’ve been through so many minds and so many retellings that all of the local or non-universal threads have been clipped off. After a certain number of decades (or centuries, in the case of the Atlantis mythology), what you end up with is an enduring story that speaks poetically to deep aspects of the human condition. Conventional stories simply can’t touch the soul in the way enduring myths do.

After nearly two years of study (and that final wake-up call from my Atlantean pelvis alien), I was so alarmed by the implications of my support of New Age ideas that I slammed the brakes on my career.

I cancelled all of my workshops, stopped doing consultations, edited my website, and turned down a number of book contracts. I made these changes as quietly as possible because I knew I’d get very little support or understanding from anyone. I also cleaned out my snail-mail and e-mail files and reread thousands of pieces of correspondence from people all over the globe.

Until I did that – until I reread all of those letters and e-mails in a row, I hadn’t noticed how alike they were. They were all from New Age people who – no matter their age, gender, educational status, or nationality – were wrestling with the same basic difficulties in protecting themselves from misinformation, untestable claims, untrained teachers and healers, and general confusion (including confusion about my work, which veered significantly from many accepted New Age ideas).

I see now that I was like Sisyphus of the Greek myth, endlessly pushing a rock up a hill, only to watch it fall back down every time I got to the top. Though I meant well and was honestly trying to protect people, I finally saw that I was doing no lasting good.

I saw that by just using New Age jargon, or talking about unverifiable metaphysical concepts of energy, or imagining that there is another world and that people survive beyond death, I was helping people maintain their confirmation biases and support their motivated reasoning.

The ideas of the New Age are interesting, but they unfortunately exist within a framework that can invite all sorts of confusing and even damaging information into people’s lives. Though I realized that people needed to be responsible for themselves, and that I didn’t hold a hypnotic sway over my readers, my concerns were intensified because I knew my audience. I knew that many people in the New Age, spirituality, and metaphysics were there because they were in pain, because they didn’t fit in, or because they hadn’t been able to find help or comfort anywhere else.

It’s important to understand that alternatives become necessary when the conventional fails.

END_OF_DOCUMENT_TOKEN_TO_BE_REPLACED

December 23rd, 2005 was just another day for me. I can’t even remember what I was doing besides planning for Christmas. But at some point in that day, I wrote myself a note:

I completely missed yesterday’s Solstice, and I feel nothing about it except somewhat wistful surprise.

For decades, I had performed a ritual on the Winter Solstice, which is the shortest day of the year. When I became a professional New Age teacher and author in 1997, I began to share my Solstice ritual, either in the workshops I gave around the country, or through posts on my website.

The ritual was simple and non-denominational; it was a ceremonial way to mark the end of the year and bring some light into the darkness of the day. I usually opened the ritual by writing down the ideas I wanted to leave behind on one piece of paper, and then burning that paper so that I could see the words disappear. These ideas might have been troubles with loved ones or my career, health issues, recurring problems, or aspects of my behavior that weren’t working. Ritually writing down and then burning troubling ideas made my ephemeral, hoped-for changes seem real and doable.

The second part of the ritual was to write about things I wanted to have or experience in the coming year on a fresh piece of paper. These wishes might have been for peace in my family or my country, better health for me and my loved ones, a change in my attitude, or clearer vision in areas that were confusing to me. I also burned this second piece of paper – this time as a way to release my wishes into the cosmos, so that angels, spirit guides, or God would know that I trusted the universe enough to let my wishes go. I could ask for help, but I didn’t need to control the outcome.

The third part of my Solstice ritual was to take a tiny bit of the ash of the second piece of paper (which contained the things I hoped for), and to mix this ash into a small amount of a ceremonial drink of the season. Drinking a bit of this ash was meant to symbolize the act of incorporating my wishes into my body and my life. It was a lovely little ritual.

In my New Age career, my life had been filled with ritual, and when I married my husband Tino in 1994, he brought his deep understanding of numerous indigenous rituals into my life. Together, we created a home filled with shrines, rituals, spiritual symbols, and meaningful bits and pieces from all over the world. We learned to see every part of our lives as an aspect of ritual; every bird, rock, tree, animal, and occurrence meant something special to us or about us. We felt tremendously in touch with the inner, outer, and other worlds.

But as I wrote above, I missed the Winter Solstice completely in 2005, and it had only been two years since I pulled my life – our lives – apart at the seams and left my New Age career behind me.